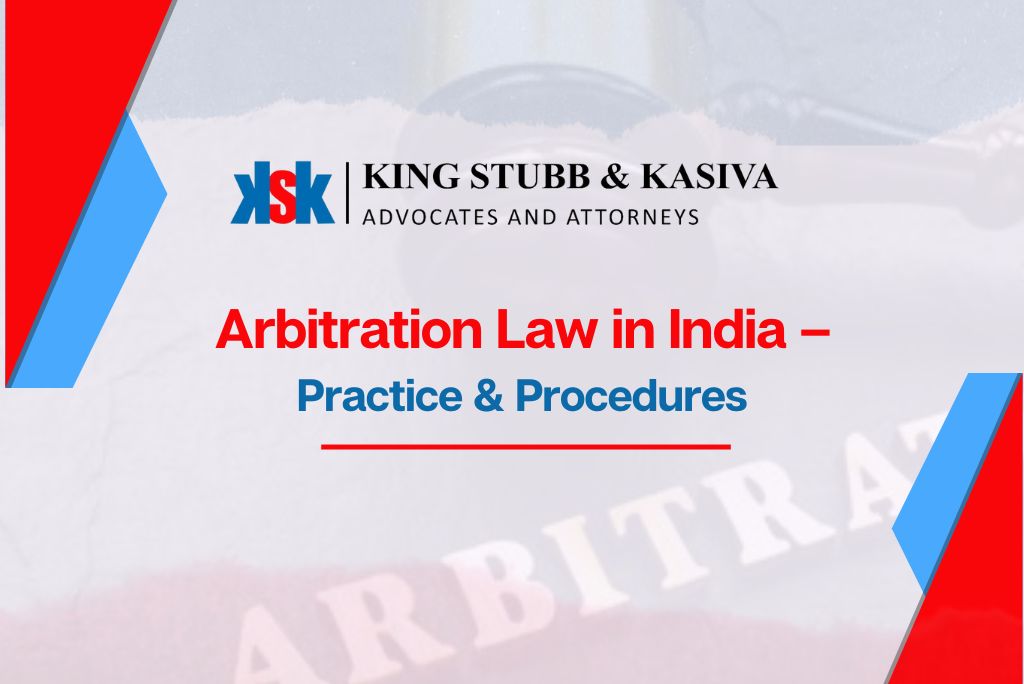 What is Arbitration law?

The Alternative Dispute Resolution (ADR) includes arbitration. ADR processes have many benefits, including cheaper costs, more procedural flexibility, higher confidentiality, a higher possibility of settlement, a choice of forum, a choice of options, etc. Arbitration law is one of the most well-liked, commonly accepted, and utilised kinds of ADR in India.[1]

Since its start in 1940, arbitration law in India has been on the rise. The current arbitration law has been created by a number of ordinances and promulgations that the Indian government passed to address various economic reforms that periodically took place in the nation.

The Act of 1996[2] is the fundamental basis of arbitration law in India. Some significant amendments were made between the years 2015 and 2019[3] in an effort to make arbitration the preferred method of resolving business disputes and to establish India as a centre of international commercial arbitration. The most recent amendments that were introduced in 2019, are a part of a collection of such amendments that make up the current statute.

b) Reducing costs of dispute redressal and resolution

d) Enforcement of awards through the neutrality of the arbitrator

All of these above listed factors have established the future of arbitration law in India and increased the demand for arbitration in the modern era.

Legislation that applies and the arbitration process

The conduct of arbitration in conformity with an institution's rules of procedure. The same addresses crucial elements of arbitration, including choosing arbitrators, controlling the arbitration process, and choosing locations for arbitration hearings.[5]

Currently, India has 35 arbitral institutions for domestic disputes; international disputes; PSU disputes; trade and merchant disputes; and city-specific chambers of commerce and industry disputes.[6]These institutions are either controlled by their own rules or by UNCITRAL regulations.

This type of arbitration benefits parties that lack the necessary understanding of the arbitral processes by providing them with a clear set of arbitration rules, a timeframe for conducting arbitration, a panel of arbitrators from whom to choose, and assistance from highly qualified staff. Lack of creditworthy institutions, a lack of governmental and legislative support, a lack of party autonomy over the arbitration process, delays in Indian courts, excessive interference and involvement in proceedings, and a deterrent effect on foreign parties all work against the success of this form of arbitration.

There are no particular rules on how the arbitration processes are conducted. The method that the arbitral tribunals may use to conduct their proceedings may be agreed upon by the parties in their sole discretion. If the parties are unable to come to an agreement on such a method, the tribunal is empowered to conduct the proceedings as it sees fit.

The Civil Procedure Code of 1908 and the Evidence Act of 1872 are explicitly not required to be applied by the arbitral panel.[7]

Place of the Arbitration

Tribunals may receive support from local courts during arbitration hearings. If the parties are unable to reach to an arbitration agreement, this allows the authority to issue an interim order and appoint an arbitrator.

In the event that a party defaults, refuses to testify, or is found to have violated the terms of the arbitration agreement, the court may impose fines or other punishments at its discretion.

The Indian judicial system benefits greatly from arbitration, as it assists in easing the pressure that the courts and judiciary are under, owing to the insufficient number of judges against the number of cases in the courts. Parties to a lawsuit benefit from arbitration as it is a quicker and more effective way to resolve disputes than traditional court procedures. If the parties want a faster resolution in civil proceedings, arbitration might serve to be their best option. International business and contracts have grown rapidly in recent years, which has led to a surge in international arbitration-related issues.

India is no longer a closed market and is catching up with the times, and decisions like BALCO are setting examples for the rest of the world that parties to arbitration do not have to worry about having to deal with cumbersome traditional procedures.

Are there any proposals under consideration to alter the rules and legislation regulating Arbitration Laws in India?

What are the primary dispute settlement methods in India?

Arbitration, LokAdalats, and Conciliation/Mediation are the primary forms of ADR accepted in India.

Which agencies specialise in alternative conflict resolution in your region?

[7] Section 19 of Arbitration and Conciliation Act