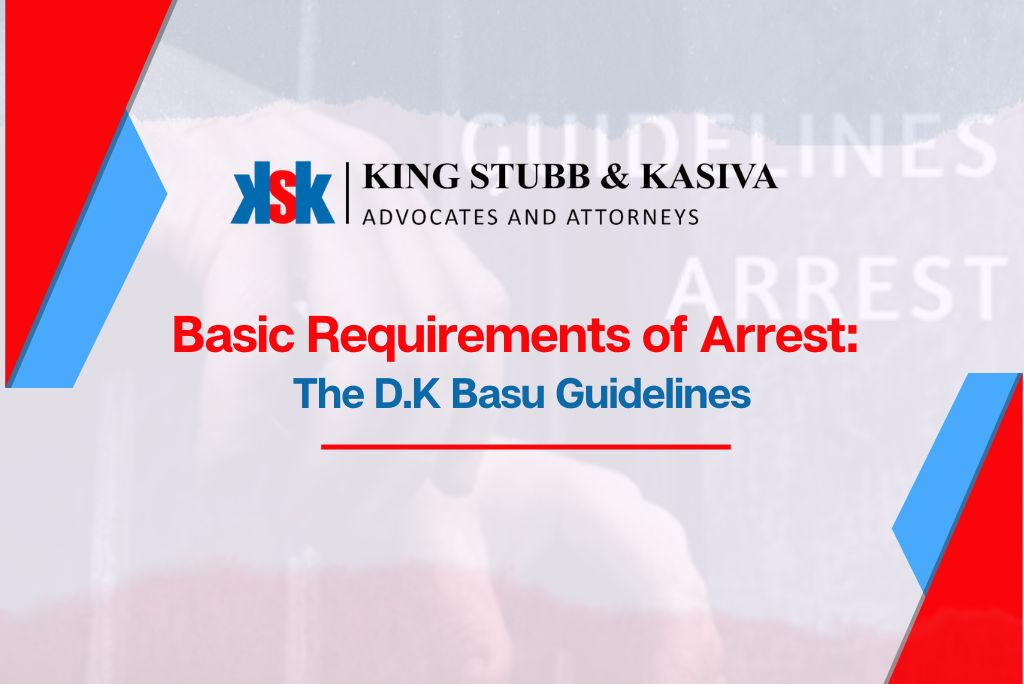 Police custody refers to the detention of an individual by law enforcement officers for the purpose of investigation or prosecution for a criminal offense. The police must ensure that the individual is available for questioning and potential prosecution and must also prevent the individual from fleeing or committing further crimes while under investigation. Police custody protects the public and the integrity of the investigation. Generally, a person is taken into custody via the act of arrest by a police officer with legal authority.

Article 21 of the Indian Constitution states that no person shall be deprived of their life or personal liberty except according to a procedure established by law. This means that no individual can be arrested or detained without due process and that any arrest or detention must be in accordance with the laws and procedures established by the government.

Considering the same, the Hon’ble Supreme Court took cognizance of the letter sent by DK Basu, the Executive Chairman of Legal Aid Services, West Bengal drawing attention to news regarding violence and deaths in police custody and lockups. The result was the most landmark case of criminal jurisprudence, D.K. Basu vs. State of West Bengal[1], which laid down specific procedures and safeguards to be followed in case of arrest and detention. The case has been widely cited as a significant step in the protection of the rights of individuals against arbitrary arrest and detention by the police.

The ‘Basic Requirements’ for Arrest and Detention

The DK Basu Guidelines were laid down in the case about the basic requirements to be followed when the arrest of a person is made. The 11 prominent guidelines are as follows:

The Court encouraged the heavy broadcasting of these requirements through media, and the police stations were also obligated to display all the guidelines clearly. If such guidelines are not followed, the officer shall undergo departmental action as well as be liable for punishment of contempt of court.

These guidelines are in addition to several other rights such as the right to be presented before a Magistrate within 24 hours post-arrest, to not be tortured while in custody, and so on. These guidelines ensure individual rights and liberties, even for the person arrested, and are crucial to be followed in accordance with the spirit and the principles of the Constitution of India.