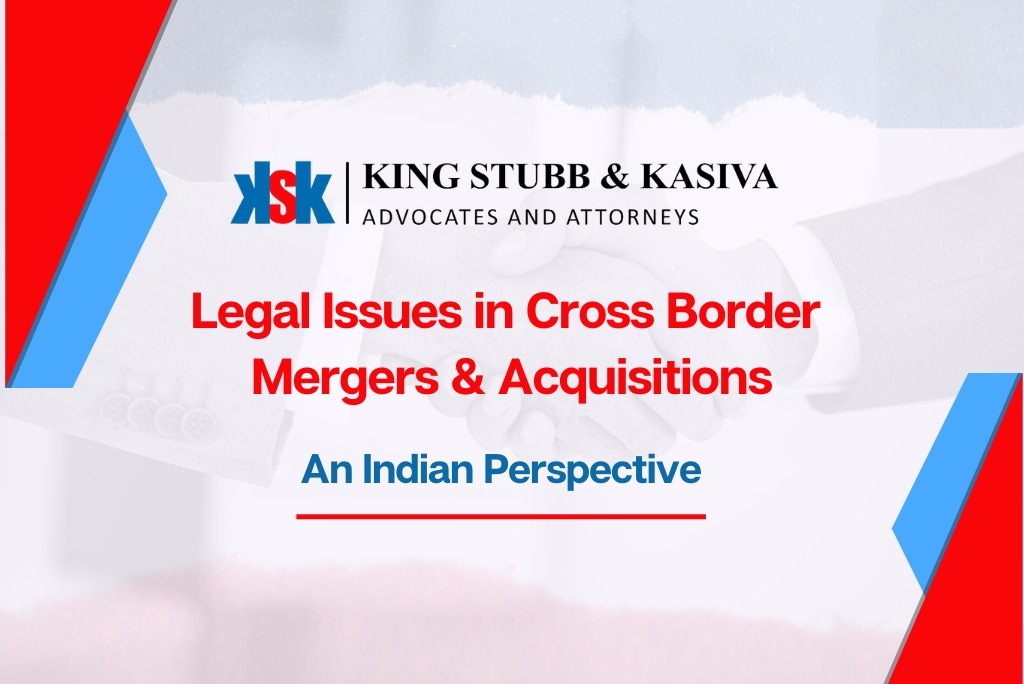 What is a Cross Border Merger and Acquisition?

To create a new institution, two or more entities are combined. The difference between a merger by substitution and an absorption merger is that a merger by substitution results in the loss of the original company's identity. A cross border merger is a union of businesses from individual nations. It involves overseeing the legal systems of many nations. For instance, a cross border merger would occur if X Ltd. in the United States of America merged with Y Ltd. in India.

The procedure for cross-border M&As is very appealing and takes place on a global scale. The challenges experienced will be different from those in domestic transactions. Legal repercussions, cultural variations, variances in customer tastes and preferences, etc., may provide difficulties for these cross-border transactions. Therefore, to ensure and avoid problems faced in cross border mergers and acquisitions due diligence must be ensured at every step.

The challenges of cross border mergers and acquisitions are as follows:

In cross-border M&A transactions, India's corporate governance has a relatively difficult role to play. Following liberalization, Indian regulators pushed through several rather comprehensive corporate governance reforms which helped businesses attract foreign investment. Nonetheless, the contribution of these reforms to the facilitation of outbound M&A is largely unexplored. This increases the problems faced in cross border mergers and acquisitions.

Stamp Duty a Matter of Concern

Stamp duty is a crucial factor to take into consideration in mergers and acquisitions. It brings in money for the state exchanges. The stamp duty, which varies from state to state, is applied to the instrument used for the transfer of assets. Therefore, whether a foreign firm merges with an Indian company, a subsidiary of an Indian company, or a subsidiary outside of India, it will be required to pay taxes in India. The stamp laws appear to be ambiguous in this regard. With regard to cross-border M&A, it needs to be reviewed again for better understanding.

from the perspective of cross-border M&A, taxation regulations are crucial and fundamental pieces of legislation. Numerous statutory provisions for tax breaks and tax neutrality for specific types of reorganisations make up India's legal framework for company consolidations. In the M&A process, it is necessary to review the provisions of the Indian Income Tax Act, 1961 with regard to mergers, demergers, capital gains, setoff, etc. A key role is played by the Double Taxation Avoidance Agreement (DTAA). When assets are transferred between a transferor and a transferee company, the tax will be assessed in accordance with either the regular Act provisions or the DTAA, depending on which is more advantageous for businesses.

The Act forbids merging businesses from abusing their dominating position. Businesses must abide by the "Combination" regulations in cross-border transactions because they set threshold restrictions for assets and turnover, which limit the application of the law. Businesses are prohibited by the Competition Act from signing contracts that adversely affect competition within the relevant market in India.

The main component of an M&A transaction is due diligence. To help parties, close a deal, this due diligence is a process that aids in confirming, looking into, and acquiring all pertinent facts and information. A deal's structure and the terms of the transaction may alter as a result of the due diligence process. It is a proper investigation that provides a thorough history of any dangers and possibilities that may present themselves in the deal. The buyer must make the most of this procedure to fully examine the target firm and conduct essential acquisition-related actions. To avoid the challenges of cross border mergers and acquisitions due diligence is crucial.

There are a lot of challenges in cross border mergers and acquisitions. The technological, economic, political, and cultural integration of economies is advancing in this period of globalisation. As a result, legal systems all around the world are adapting to this trend. Reviewing these worries may reveal that the planned merger and acquisition are incompatible, in which case it would be advised against moving forward with the transaction. Therefore, it is advisable to be diligent to prevent legal issues in cross border mergers and acquisitions.

What are the legal aspects in mergers and acquisitions?

Due Diligence, Regulatory and Corporate Governance, and Statutory Compliance are the main legal aspects in mergers and acquisitions.

What are the three problems likely to occur in international or cross border mergers?

What are the three types of cross-border mergers?