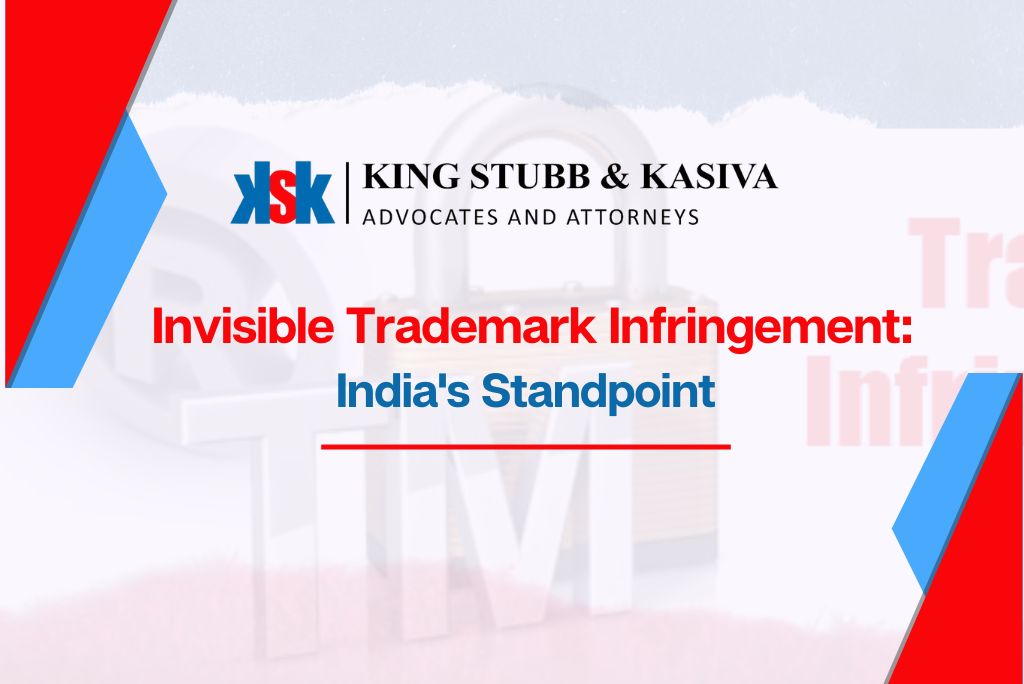 Is your company’s trademarked name being used as a keyword search for your competitors?

In today’s technologically advanced business world, a company's website becomes an essential tool to reach out to its customers. A website allows a company to establish an online presence and reach a global audience, regardless of its physical location. However, such advanced technological connections globally have their own set of challenges that are not sufficiently governed. One such challenge is invisible trademark infringement. Throughout the years, trademark owners have sought injunctions and restraining orders from courts against competitors that engage in trademark infringement against their registered marks to drive traffic to their websites.

What is a Trademark?

As under Section 2(1) (zb)[1]of the Trademarks Act, 1999, a trademark is a mark that is capable of graphical representation and one that distinguishes the goods and services of one entity from others. It may consist of goods, packaging, a combination of colors, symbols, names, etc. A specific individual has the right as proprietor to use a registered trademark or a trademark that is used particularly in relation to specific goods or services to indicate a connection between such goods or services in the course of trade. However, there is no specification on whether non-physical or invisible use by an entity other than the one registered or misuse of a trademark constitutes trademark infringement.

There have been several cases in India that have highlighted and recognized the issue of advertising trademark infringement. One of the initial ones was the case of Consim Info Pvt. Ltd. v. Google India Pvt. Ltd. &Ors.[2]. In this case, Bharat Matrimony filed a suit against Google for allowing competitors to use their trademarked name as a keyword for searching on google through their AdWords programme.

However, at that time, this case did not impact the jurisprudence concerning trademark infringement. The High Court favored the defendant, citing that granting a restraining order would lead to monopolization of the term ‘matrimony’, which was used only in a descriptive sense. However, the Supreme Court further held the defendants liable for trademark infringement, following which Google claimed that it amended its AdWords policy. This formed the beginning of the rising cases of Trademark Infringement.

In the case of Mattel Inc. &Ors. v. Jayant Agarwalla & Ors.[3], it was observed that search engines use machine-readable codes, called meta-tags, to index sites. The Court held that using trademarks as meta-tags constitutes trademark infringement.

The most recent case is that of MakeMyTrip India Private Limited v. Booking.com B.V. & Ors.[4], where the Delhi High Court has granted an interim injunction in favor of MakeMyTrip to restrain the defendants from Trademark Infringement. The final decision of the Court is currently awaited.

This case involved a similar contention of the invisible use of third-party trademarks as keywords by Google’s AdWords Program. The plaintiff sought the protection of its trademark ‘Agarwal Packers & Movers’, which was being used as a keyword to reflect third parties sponsored links on Google search, particularly their competitors. They sought a permanent injunction on using the trademark as a keyword for advertisers including competitors.

Contentions of the Parties:

The plaintiffs’ primary contention was that their registered trademark was being used as an AdWord by Google. This caused confusion in the minds of consumers, while also diverting the traffic on the website to the competitors’ websites. Therefore, the plaintiffs’ contended a loss to their financial capacity as well as reputation due to the same.

The defendants’ primary contention was that using keywords in such an invisible manner did not constitute trademark infringement. This is because the use of a trademark as a keyword does not amount to ‘use’ under the Trademarks Act, 1999. They further maintained the stand that in their AdWords program, the usage of keywords and meta-tags not only shows sponsored results for money but that they also show organic results. Furthermore, they contended that as an intermediary, they are not obligated to confirm the status of a keyword as a trademark.

Delhi High Court held that such a use of trademarks constitutes invisible trademark infringement. Although this decision was in favor of the plaintiff, instead of granting an injunction, the Court directed the defendants to:

Given the pervasiveness of the Internet and the significant implications of the practice of using competitors’ trademarks as meta-tags to divert Internet traffic to a specific website in the legal and business environments, the need to accelerate the legal reform process to address such issues arises. Indian jurisprudence has come a long way from not recognizing keyword advertisement trademark infringement to holding entities like Google liable for Trademark Infringement. This shift in the Court’s opinion is, among others, a result of the popularity of using the internet for conducting business and the several security requirements it poses.

What is a trademark infringement?

Trademark infringement occurs when a mark is used that is identical or deceptively similar to a registered trademark.

What elements are considered to determine trademark infringement?

Trademark infringement is determined by taking into consideration several elements such as:
1. The strength of the registered trademark
2. The proximity of the goods
3. The similarity of the marks
4. Evidence of actual confusion
5. The marketing channels used
6. The types of goods
7. The degree of care likely to be exercised by the buyer of goods
8. The defendant’s intent in choosing such a mark

What are the most common defenses available against Trademark Infringement?

Some of the common defenses available against trademark infringement are:
1. Fair Use
2. Descriptive Fair Use
3. Nominative Fair Use
4. Prior Use
5. No confusion in essential features
6. The Registered Proprietor not using the mark
7. Delay and Acquiescence
8. Parody
9. The invalidity of the Registered Mark